How to Transfer Files to Your Nexus 7

There are plenty of reasons that you would want to copy a file from your computer to the Nexus 7. You can copy over your pictures and videos, music or audio files, or even vCards that help you build contacts for the People app. You can even copy random files when you’re on a caffeine high and there’s nothing on TV.

Follow these steps to copy a file or two from your computer to the Nexus 7: 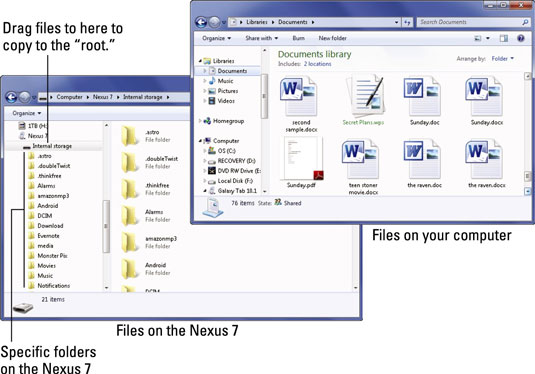 Any files you’ve copied are now stored on the Nexus 7. What you do with them next depends on the reasons you copied the files: to view pictures, use the Gallery, import vCards, use the Contacts app, listen to music, or use the Music app, for example.

Krause Media is a Web and Graphic Design Company. We develop and design professional websites that look fantastic, are easy to manage and help expand your business.